In my book, Tame Those Pesky Details, I go into a lot of detail about making sure the data on your computer is backed up so you can jump right back into your business or life as quickly as possible should disaster strike.

Much to my dismay, I recently had a laptop which decided to go to places hitherto unknown. In spite of having great systems in place as far as backup and recovery, I learned many new things along the way. I will include them in various posts under the title of Emergency Preparedness. These posts will ultimately cover a wide range of preparedness topics, but for these first few posts, I’ll rely on my own recent personal experience with my laptop nightmare.

With the advent of wireless Internet, i think many of us have forgotten that wired works, too! If you work in an office, chances are you have a high-speed Ethernet cable running to your computer. For those of you who have forgotten what one looks like, here’s an image from Amazon: 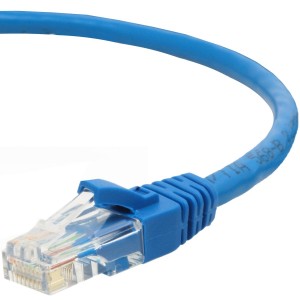 This cable comes in a variety of colors and, in a home office setting, connects between your modem/gateway and your laptop. 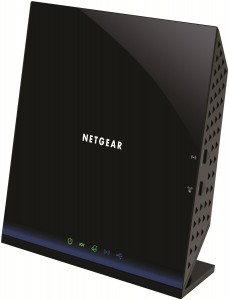 You probably have one of those cables somewhere in your house. You need it when you have to set up your Wi-Fi or fix the IP address. The funny thing is, when your wireless is out, you can use this to get onto the Internet! Of course, it will only work with your computer because your tablet and smart phone don’t have room to plug in the cable, but at least you can continue to work or catch up on some binge watching.

Here was my nightmare come to life. Over the course of a couple weeks while my computer was deciding to do the crazy dance, I was having trouble with my Wi-Fi. I called my provider who had several equipment issues in the area due to car accidents, so I thought the problems I had were all their fault. Not so.

The company came out to test their equipment and all was well. My gateway was working just fine, too. However, within a few hours of the technician’s departure, my Wi-Fi was out again.

As I read the repeated error message on my laptop, I was simply frustrated, not empowered. It’s nearly impossible to get anything done nowadays without access to the Internet, even for a writer! Turns out, my laptop was having problems with its wireless network adapter, among other things. It was causing the Wi-Fi signal to go out about every five minutes.

When I finally decided to power up the new laptop, I hadn’t quite given up on the old one yet, so I was still in the midst of Internet turmoil. I had a quick project to complete and I absolutely had to get on the Internet. I dug out my yellow cable and connected my new laptop to my gateway and voila! It worked! My only problem was that the cable was a mere four feet long so I practically had to be on top of my cable connection in order to get work done.

Then it all came back to me, all those years of wired Internet. How spoiled we’ve become with easily accessible Wi-Fi.

I’ve decided, as part of my emergency preparedness, to purchase a much longer Ethernet cable to keep on hand, one that will at least reach the other end of my office, if not more. And, I will make sure it’s easily accessible should I have any Wi-fF issues in the future.

Do yourself a favor. Buy an Ethernet cable. It’s money well spent.