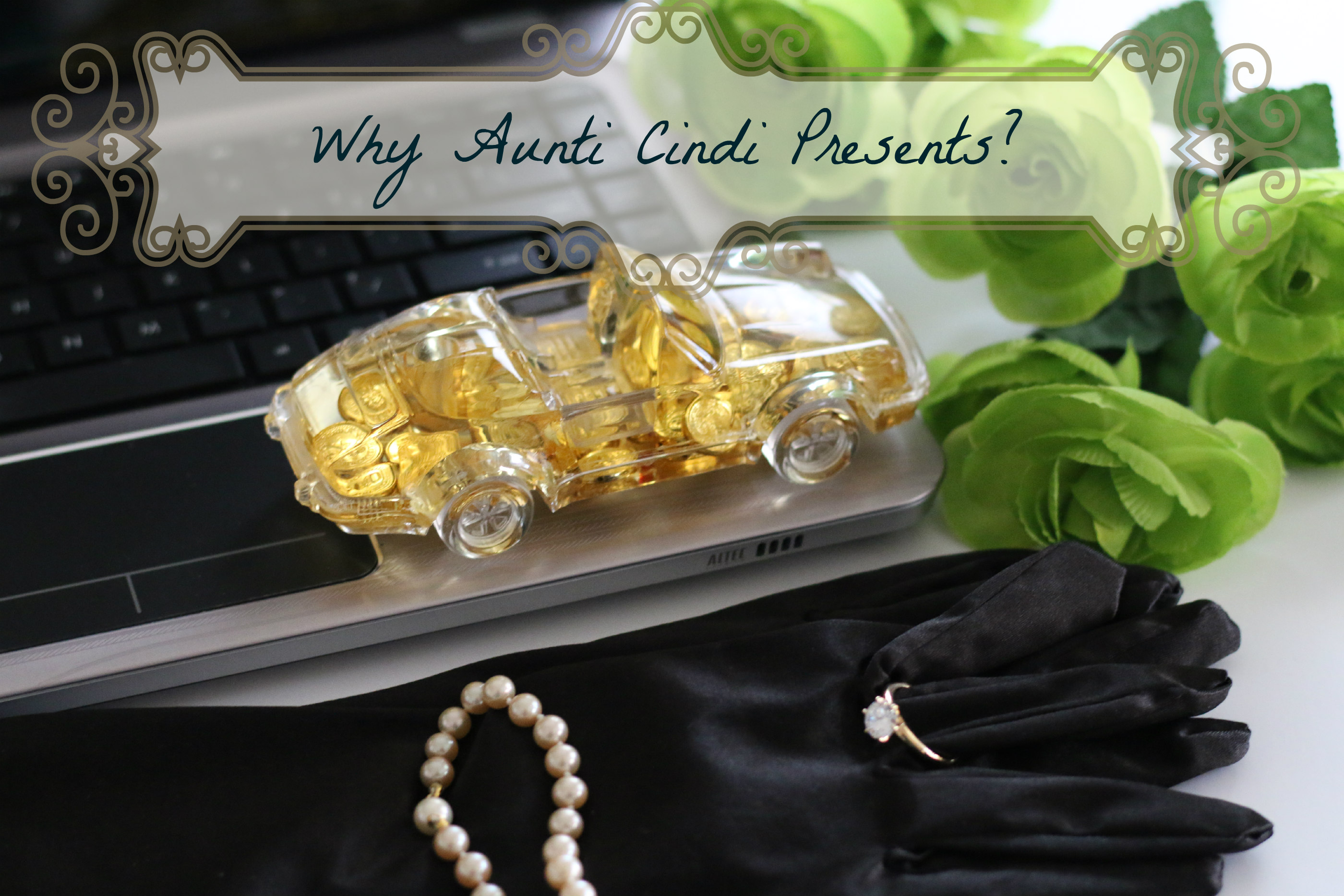 . People have been asking me, Why Aunti Cindi Presents? So, I thought I’d give you a little background.

Over the years I’ve had several ideas for small non-fiction books that were not particularly related subject matter. I would jot thoughts down here and there but never took the time to write entire books because I felt if I released them individually, they might get lost in the vast universe of bookdom.

One day I was looking through my cache of domain names and realized I owned AuntiCindiPresents.com. I purchased it, along with AuntiCindi.com, long ago for one reason in particular. I’ve been called Aunti Cindi since I was a child, having been blessed with my first nephew when I was a mere eight-years-old. Even in business I used the name to differentiate myself from other Cindis, Cindys and Cyndees in a company. People would remember Aunti Cindi and actually got a kick out of calling me that. I felt, eventually I could put those domains to good use.

Aunti Cindi Presents opens up the opportunity to become a series of much shorter informational books than something like the Dummies, and potentially allow different authors to have books published in the series. In fact, I’ve been talking with two authors already who are interested in sharing their sage wisdom in such a manner.

The goal of the Aunti Cindi Presents series is to offer sage advice for a fulfilled life. Its tagline, Sparkle On! means to find your inner gem and shine it out to the world. Who could resist that?

The first two books in the series are business topics, but others will fall under a variety of subjects, even those I write myself. I’m busy working on two novels right now, so I’m not sure when the next in the series will debut, but keep an eye on Facebook, Twitter and Instagram for updates.

This post contains affiliate links but all opinions are my own!